Who do billionaires turn to when they want to buy apartment complexes? The U.S. taxpayer.

The mortgage guarantor — which along with its larger counterpart Fannie Mae was rescued in a $187.5 billion taxpayer bailout in 2008 — is boosting its multifamily lending as their regulator eases restrictions on that part of their business. Cheap debt from the U.S.-backed companies is helping sustain a five-year surge in values for apartment buildings and fueling some of the biggest real estate deals since the financial crisis.

“They wield a very big stick,” said John Levy, a principal at a real estate investment banking firm in Richmond, Virginia, that bears his name. “It takes more time and it’s going to be more expensive” to get transactions done without the two companies, which can lend at rock-bottom rates because their deals have implicit government backing.

Buying apartment buildings in the U.S. has been a winning bet for the past several years as rents rise amid a shift away from homeownership. That’s attracting investors such as Starwood, which on Oct. 26 said it agreed to purchase 72 rental communities across the country from Equity Residential for $5.4 billion. The announcement came just days after Blackstone reached a $5.3 billion deal to buy Stuyvesant Town-Peter Cooper Village, Manhattan’s largest apartment complex.

Freddie Mac’s deals are getting bigger as its regulator expands the definition of affordable housing, enabling the company to make more loans. Properties that are deemed affordable by the Federal Housing Finance Agency are exempt from a $30 billion cap that limits how much the government-sponsored entities can lend to apartment landlords each year.

“We’re helping to push more capital into this part of multifamily,” said David Brickman, head of multifamily operations at McLean, Virginia-based Freddie Mac. “A very small percentage of what we’re doing is luxury.”

Freddie Mac provided $34.1 billion for multifamily acquisitions and refinancings this year through September, more than double the $14.1 billion for the same period in 2014.

At Stuyvesant Town, home to about 30,000 New Yorkers and one of the last bastions of affordable housing in Manhattan, Blackstone worked out a deal with the city to protect residents from skyrocketing rents. The New York-based private equity firm and its partner in the transaction, Canadian investor Ivanhoe Cambridge Inc., agreed to keep about half of the more than 11,000 units affordable for 20 years.

Relatively cheap financing supplied by Fannie Mae and Freddie Mac makes large debt loads for projects such as Stuyvesant Town more manageable. Interest rates on mortgages from the agencies can be below 3 percent, compared with average financing costs of 4.5 percent from Wall Street banks, according to Richard Hill, an analyst at Morgan Stanley.

Other than the government-sponsored companies, there aren’t many lenders that have the capacity to fund a purchase as large as Blackstone’s, according to Sam Chandan, president of Chandan Economics, a provider of real estate data and analysis.

“You could argue convincingly that the deal wouldn’t get done in its current form without agency financing in the market,” he said.

Freddie Mac granted its largest apartment loan ever to Lone Star, a $5 billion mortgage to fund the private equity firm’s takeover of Home Properties. More than 30 percent of that deal met the FHFA’s guidelines for affordable housing, Brickman said.

Lone Star, based in Dallas and founded by billionaire John Grayken, said in June that the acquisition of Home Properties — with 121 communities, primarily along the East Coast — was consistent with its strategy of buying second-tier apartment complexes, such as workforce housing, rather than expensive newly built properties.

Representatives from Blackstone, Lone Star and Starwood declined to comment on their financing strategies.

U.S. multifamily-building prices are 33 percent higher than they were at the prior peak in 2007, according to Moody’s Investors Service and Real Capital Analytics Inc., a jump stoked partly by the abundant financing from Fannie Mae and Freddie Mac. That’s raised concerns that a bubble is forming that might pop when interest rates rise, according to Levy, the investment banker. Taxpayers could be on the hook for losses incurred by the mortgage companies if apartment values were to fall sharply.

The losses that dragged Fannie Mae and Freddie Mac to the brink of insolvency seven years ago sprung from the companies’ single-family portfolios, which dwarf their apartment holdings. The multifamily segment of their businesses emerged from the financial crisis relatively unscathed and stayed profitable during the recession.

At Freddie Mac, private investors would shoulder about the first 15 percent of losses on multifamily deals, providing a cushion in the event of a decline in building values, Brickman said.

“It would be extremely unlikely that we would ever be called upon to support our guarantee,” he said. “We are sticking to our principles and underwriting prudently.”

Detractors argue that providing subsidized loans to deep-pocketed real estate investors isn’t in line with the mandate of the government-sponsored entities.

“If the purpose of the GSEs is to provide liquidity to the secondary mortgage market, in an effort to promote homeownership, a focus on funding multifamily rental properties seems inappropriate,” Josh Rosner, an analyst at research firm Graham Fisher & Co., said in an e-mail. “This approach only serves to deliver a public subsidy to private players.”

Brickman said Freddie Mac doesn’t view its business through the prism of the institutions it lends to.

“Our focus in on supporting middle-income and workforce housing,” he said. “Who owns it is somewhat irrelevant.”

Fannie Mae, which hasn’t been involved in the year’s biggest multifamily deals, said it evaluates each request for financing based on its terms.

The company “is committed to providing critical financing for multifamily housing in all markets,” Andrew Wilson, a spokesman for Washington-based Fannie Mae, said in an e-mailed statement. “We’ve done this throughout the year, working to effectively maintain our business and support rental-housing needs.”

The real power of Fannie Mae and Freddie Mac is that they continue to lend in times of difficulty, according to Warren Friend, executive managing director at Situs, a commercial real estate consulting firm. They kept the multifamily market humming in the depths of the recession in 2009, he said.

“What they provide is that stability when everybody else shuts down,” he said. 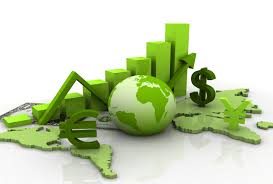